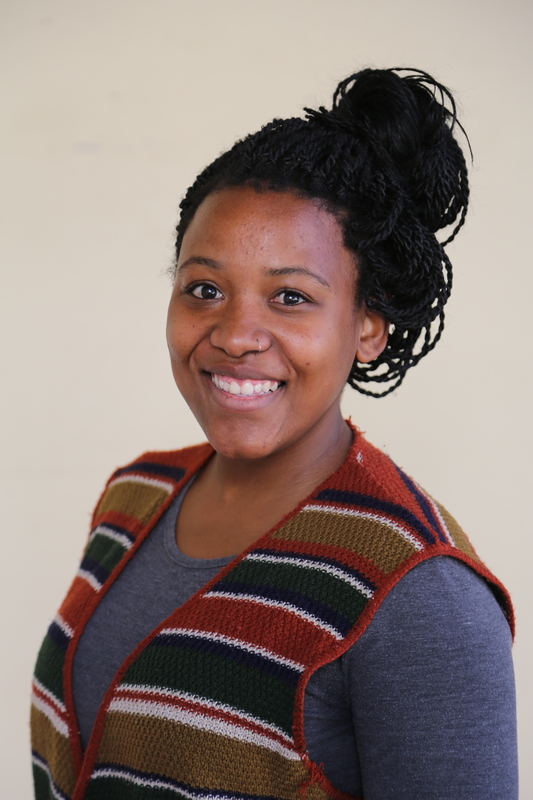 In 2014 Gubangxa graduated from the University of Cape Town with a BA in Theatre and Performance Acting. Born and bred in the Mother City (Cape Town for those not used to a South Easter), she entered the world of acting as soon as she completed her studies. In 2015 she was awarded the Distell Fleur du Cap award for Most Promising Student. In 2018 was nominated for a Naledi Theatre Award for Best Supporting Actress in a play for ‘The Play That Goes Wrong’.

Since then she has worked both on stage and behind the scenes in film and theatre. She starred in The Fugard and Cape Town Opera's ‘Heart of Redness’ directed by Mark Fleishman and Neo Muyanga, Herman Charles Bosman's ‘After Dark in the Groot Marico’ directed by Tara Nottcut ; ‘Altaar’ directed by Hennie van Greunen and Nico Scheepers; ‘The Play That Goes Wrong’ directed by Alan Commitee at Theatre on the Bay (SA run); ‘The White Man's Guide to sacrifice’ by Alex Mccarthy at The Baxter; Nicola Hannekom’s ‘In Glas’ and The Papercut Collective’s‘UHM’ at the ABSA KKNK 2015 Festival.

Her most recent television features include ‘Black Mirror’, Season 5, as the Stage Manager ,the role of Roza in the international BBC series ‘Call the Midwife: the Christmas Special’ and Kyknet's ‘Dwaalster’. Sive is eager to constantly improve her skills and wishes to understand all aspects of her industry. She is currently furthering her studies at UCT, while continuing to work as an actor.