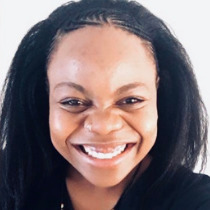 Lesego Chauke is a Cape Town based theatre-maker and academic. Her projects as dramaturg include the film The Jaguar’s Daughter, directed by Puleng Stewart and A Faint Patch of Light, directed by Qondiswa James. She has participated in Gavin Krastin’s performance art festival, Arcade for the last two years, in which she collaborated with Namisa Mdlalose and Mdlondiwethu Dubazane respectively. She most recently directed the WhatsApp play, The Shopping Dead, which debuted at the first ever virtual National Arts Festival and currently works as an adhoc lecturer at the UCT CTDPS.