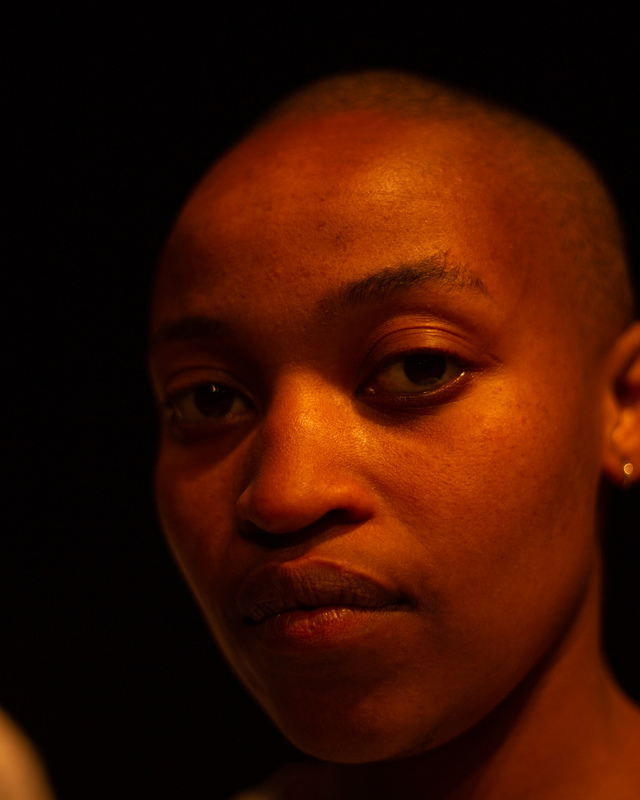 Qondiswa James is a freelance cultural worker living between Cape Town and Johannesburg. She is an award-winning writer and theatre-maker, performance artist, film and theatre performer, instillation artist, arts facilitator and activist. She has received her Masters in Live Art, Interdisciplinary and Public Art and Public Spheres at the Institute of Creative Arts. Her work engages the socio-political imagination towards mobilising transgression.