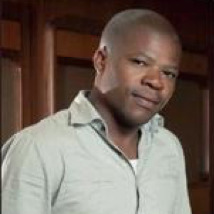 Thando Doni, a multi-talented theatremaker, learned his craft at the Media and Arts Access Centre (AMAC), and with Magnet Theatre. He has performed extensively with Magnet Theatre, including The Grave, Trojan Horse Story, Looking Inside (commissioned by the Human Rights Media Centre), and national tours of Inxeba lomphilisi and Ingcwaba lendoda lise cankwe ndlela. He was also in Nicola Elliott’s Proximity, Loss and Having; and at the Bushfire Festival in Swaziland.

Doni has also worked with the Actors Voice Theatre Company, Masibambisane Youth Theatre Organisation, Emlanjeni Theatre Productions, and the Manyanani Entertainers. The Capetonian is a resident actor at Bonfire Theatre Company. Nominated as Best Director at the Baxter’s Zabalaza Theatre Festival in 2011, Doni won Best Director in 2011 for Mhla Salamana and was GIPCA director’s bursary winner in 2012. Most recently he has directed the play Passage and was a training facilitator in the Magnet Theatre Training and Job creation program.